Stress and the brain: Research finds new areas of the brain connected to anxiety - Stress Solutions at Turning Point Counseling 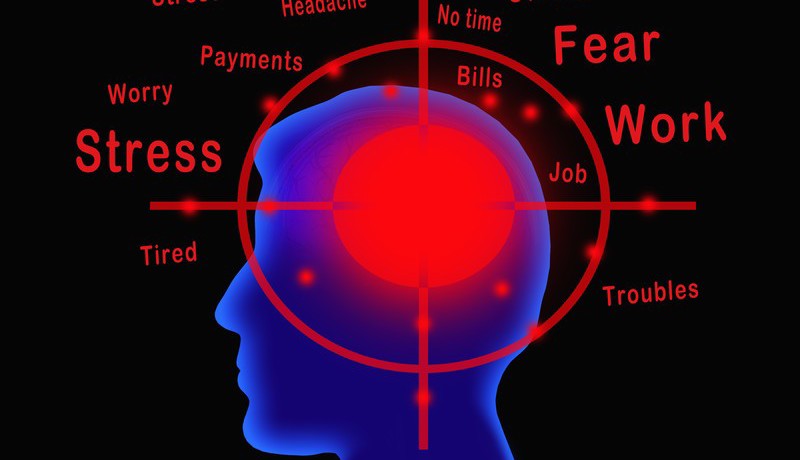 Almost 1 in 5 American adults suffer from anxiety. A new study, released January 30, 2014 gives new information on how anxiety works in the brain. Most research has focused on the amygdala, an almond shaped area known to be associated with fear and fear responses in the brain. This study investigated the lateral septum (LS).

In the new study, the team used optogenetics — a technique that uses light to control neural activity — to artificially activate a set of specific, genetically identified neurons in the LS of mice. During this activation, the mice became more anxious. Moreover, the researchers found that even a brief, transient activation of those neurons could produce a state of anxiety lasting for at least half an hour. This indicates that not only are these cells involved in the initial activation of an anxious state, but also that an anxious state persists even after the neurons are no longer being activated.

This part of the brain had been thought to be an area that slowed down or stopped anxiety because the nerves are inhibitory. The theory was that if a drug was developed that activated these nerves cells, that anxiety would be reduced greatly. The exact opposite turned out to be true.

The LS impacts the nearby hypothalamus, which also has inhibitory neurons. It is sort of a double-negative effect. So the LS in effect shuts down the hypothalamus’ inhibitory function, activating the part of the brain (paraventricular nucleus, or PVN) which controls the release of stress hormones, such as cortisol (which makes mental processing more difficult). In simple terms, the LS says “stop”, to the hypothalamus which is saying, “stop”, which comes out as “stop stopping” so the stress hormones flow and the person with this brain feels very anxious.

This may turn out to be an extremely important discovery concerning stress and anxiety. The researchers believe it will take at least 10 years to map this area of the brain. Very few new anxiety medications have been developed in recent years. Having a better understanding of the functions of the LS and hypothalamus may lead to much better ways of controlling anxiety caused by stress.